“Now, two new dinosaurs for your home!” There are cashiers who, when in a good mood, comment on their work like sports reporters. Or cooking presenters, and this one first beeped at the Agustinia, then at the Ankylo. He then reached for the small white pack of chewing gum one of the two customers had quickly placed additionally on the counter, read the familiar label, smirked, and said, ” …and another Wriglosaurus!”

Convenience snacks made from crude prehistoric lizards – just imagine that!

Why the heck am I noticing this? Why do I look at encounters like this so closely? Why getting so excited about it? Well, there is a classic Vorbild. It reaches out a few years back   and went like this: mistyping at the vegetable/fruit scales in the supermarket, by entering the price of the bananas in four digits instead of the required identification number, and poof, be amazed:

“What, Brontosaurus? Back in reproduction again?” my neighbor mischievously commented while telling and showing her the label on the way home.

Now, starting out as a mere onlooker, I finally got the above trio of Ankylosaurus, Agustinia & Wriglosaurus at home. I bought them for myself, smirking all the time. Bargained via a bon-accurate purchase ™. For better than in 3D you can’t recreate these phenomena of transfer power course progressions. Illustrated by a terrificly funny, veritably serendipitous training object for viewing/demonstrating . Megafauna’s kids’ toys demonstrating abstract mind leaps and previously unthought thematic connections right before your naked eye.

This fascination with real-objects-plus-message is nothing new to me, just now I remember those crazy oversized handmade wooden frames for the representation of the sock-hole dilemma in classrooms – up to the seventies – NO KIDDING!  see here with foresighted hung 😉 jacket for size comparison: 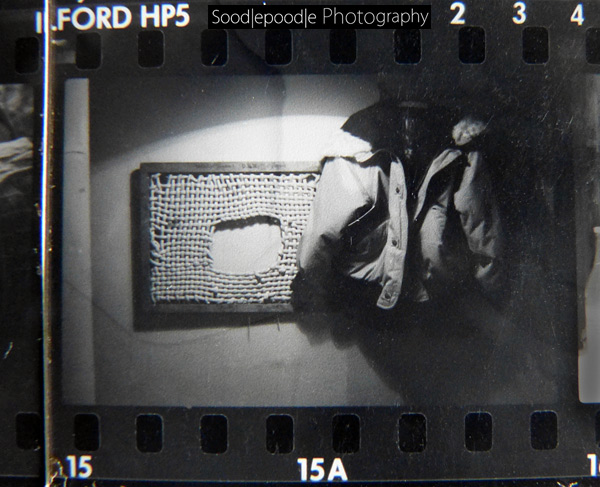 May this still be detectable on e bay? Online there’s no finding at the moment and I have no idea of  how to tag/name it – so: retired grandchildren of former needlework teachers – step forward! In my photo archive, however, there it is very well – found again after 10 wide awake  minutes of contact sheet search: October 1989, in the hallway directly in front of the kitchen door at that time! Yeah, the ex-flea market junkie in me be thanked …2021 unfortunately extinct….

Now I put them to photographic tests @ home, where and how the dissimilar trio can be set up fotogenically. ..watching youtube additionally and feel awashed in an exciting earth histories.

Setting number one: species-appropriate. As far as I want to judge as a layman. Ergo: outside 😉 For this I quickly load an old rag with equally old coffee powder. Voilà – the emotionally appropriate environment – imagine the bright upper quarter of the picture with a gray-bluish shore en-plus: 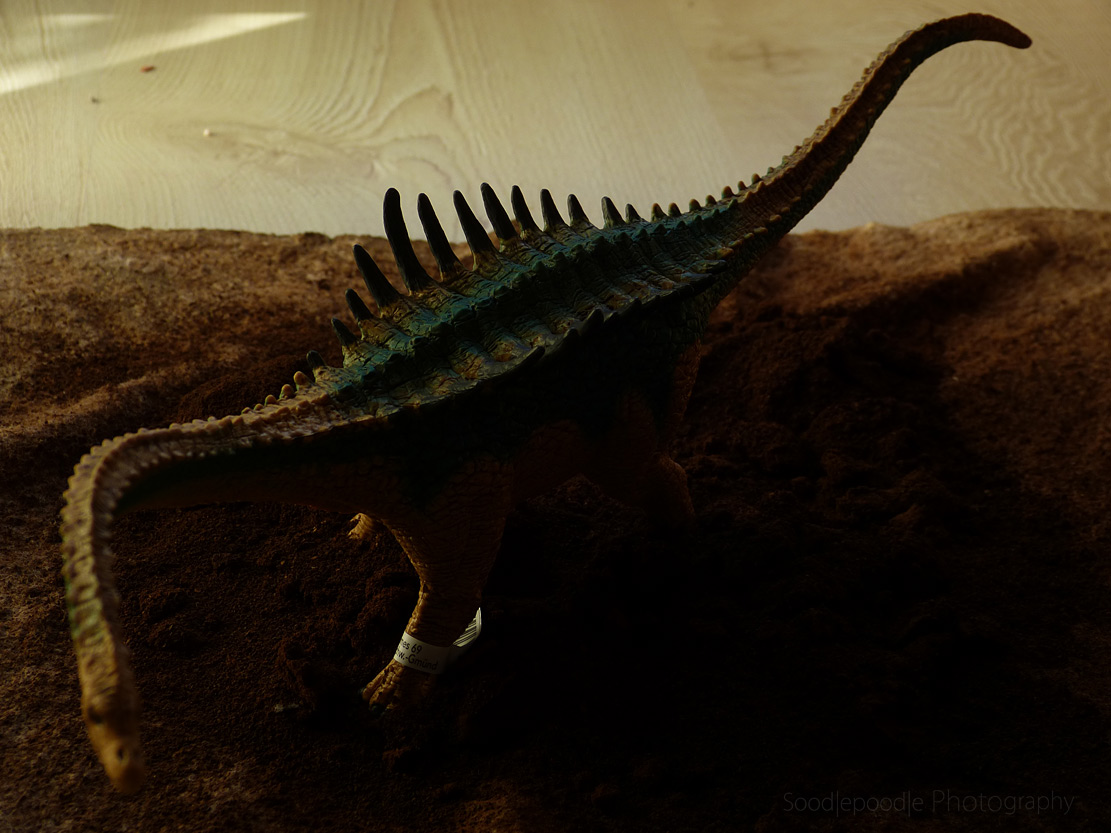 to brighten the scenery just one step back and click again for your interest/How-to: 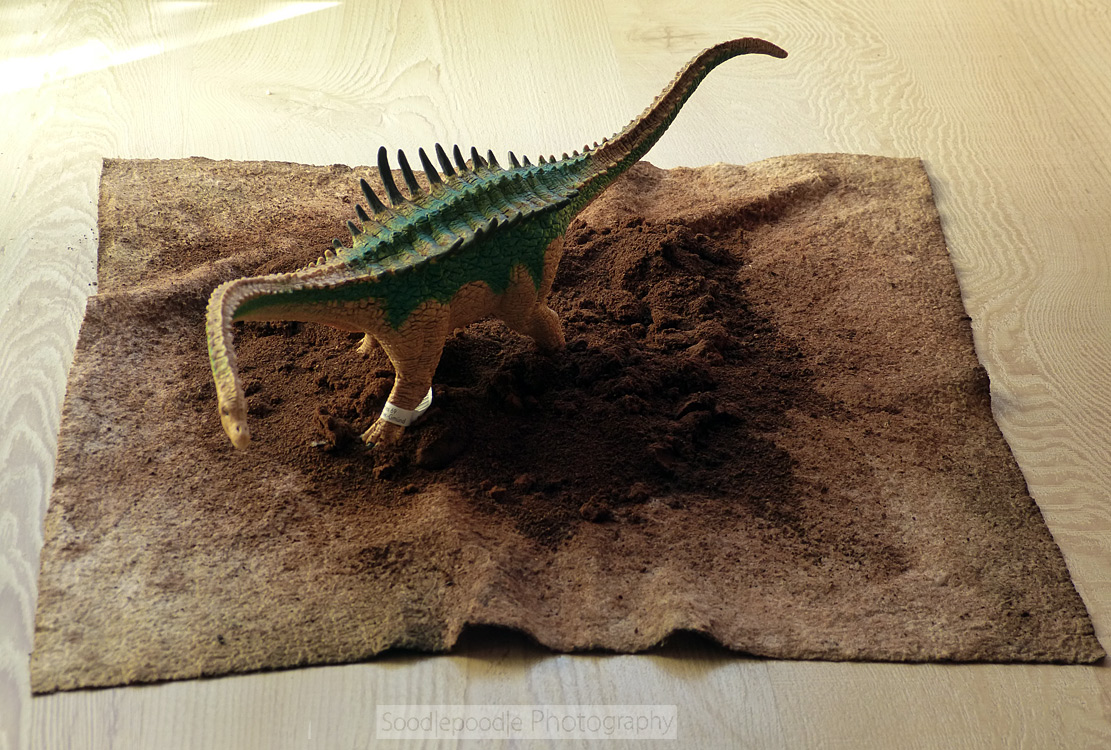 But the upper version is more suitable for me and here. More atmospheric. More poetic. More Jurassic 😉 Funnily enough, it also still depicts the very irritation of where is front or back of the beast that led to the bittered grudge of the Bone Wars in 1869 – 1893. This struck me after reading how the dogged competition of two fame addicted men led to their ruin but also to the discovery of more than 136(!) dinosaur species.

But it also works exactly the opposite way. Lets leave Jurassic, Cretaceous, Triassic for the last fractions of a second of Earth’s history. Setting number two: 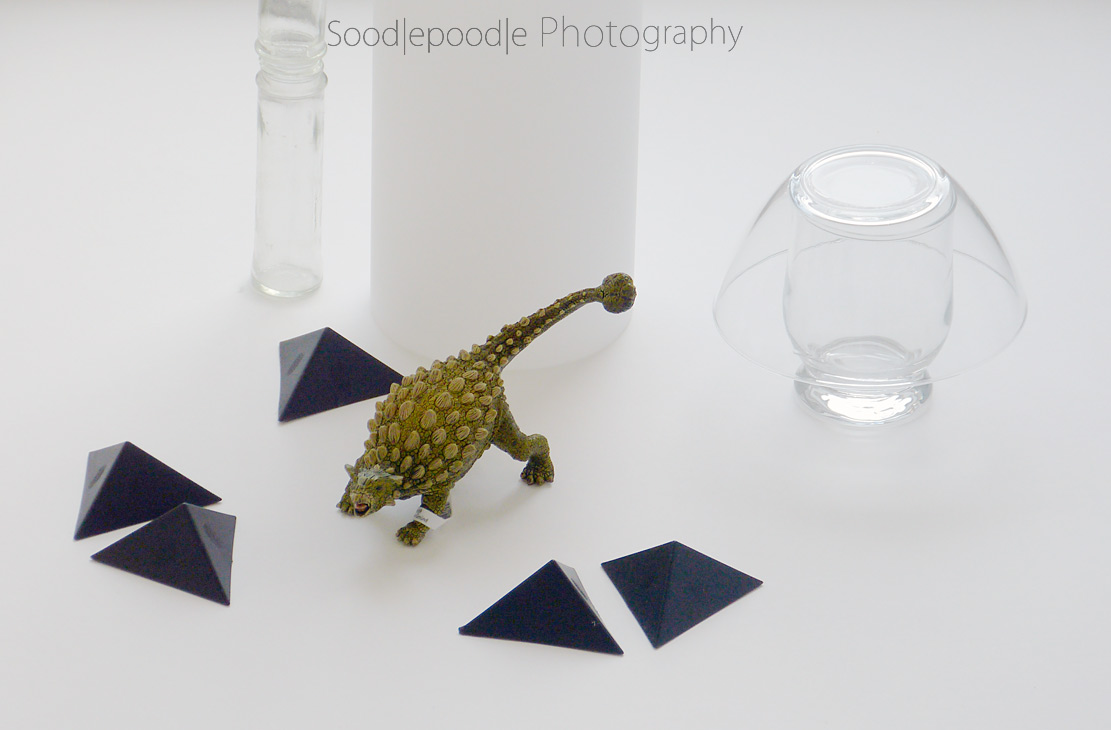 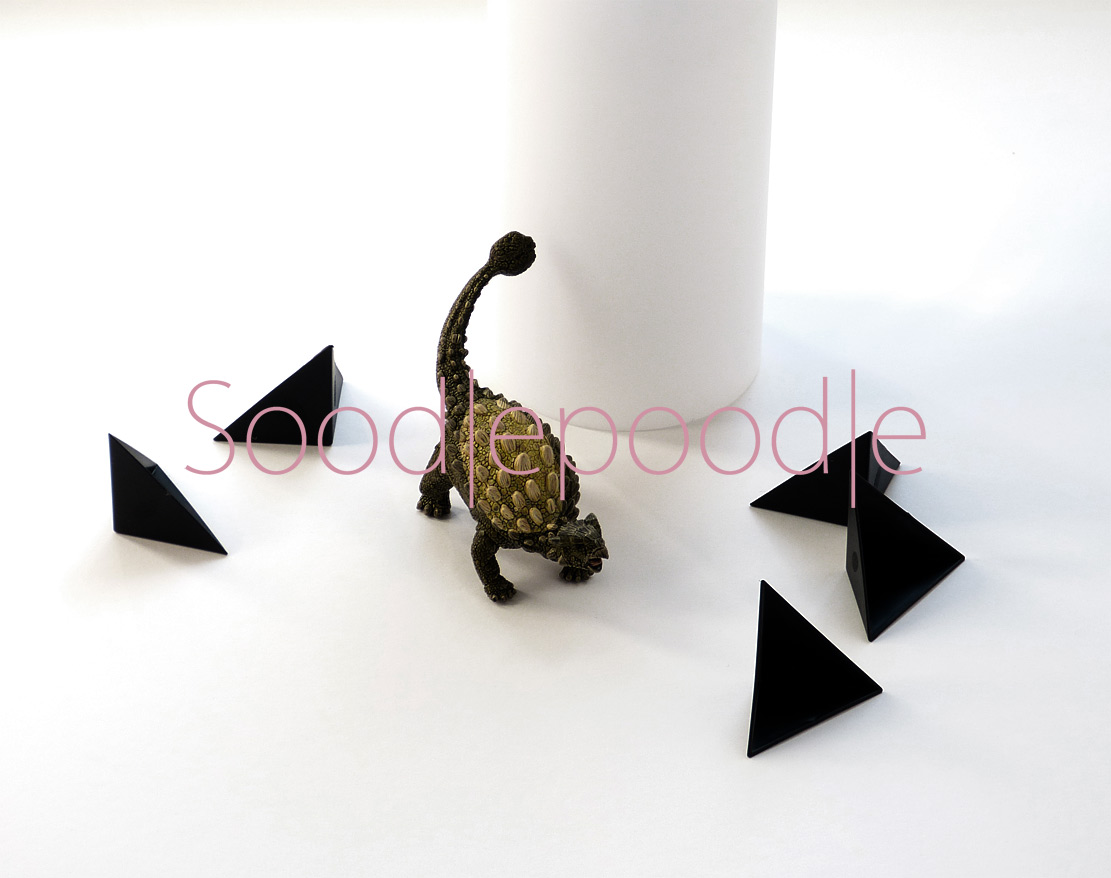 And while writing the ever rising conception of: “millions of years ago”. Millions!! Oh, My!!

Further on-clicked knowledge: Western Interior Seaway, the fossil report, this earth time threshold-by-meteorite arrival , the “golden nail” of the GSSP and oh yes: the lead fossils – I knew this so far only as sarcastic naming for oldest company members. Or ultra-crushed rock guitarists of the first hour. …but then:

Here Come The New 2Me Dinosaurs/ What critters!!! What names!!!

and the tastiest of them now imagined as…

This chose gets even more exciting while suddenly discovering similarities with household objects or food supplies. Then you get into completely new territory: 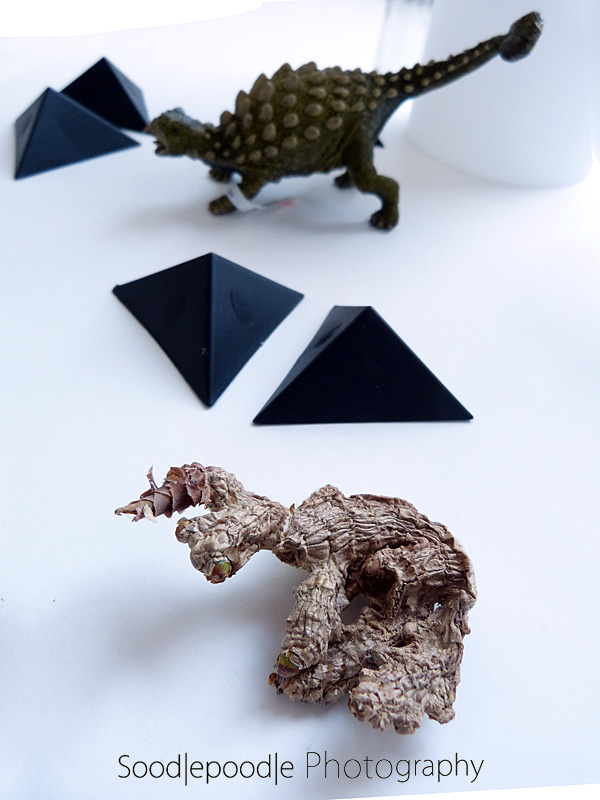 ..creating a new, rather puzzling cover image for the soodlepoodle.com shortlist ! But what is that? Well, maybe a Brasilopaucus, a Parasolopterix, a Quantifixetus, a Ecolothus.. 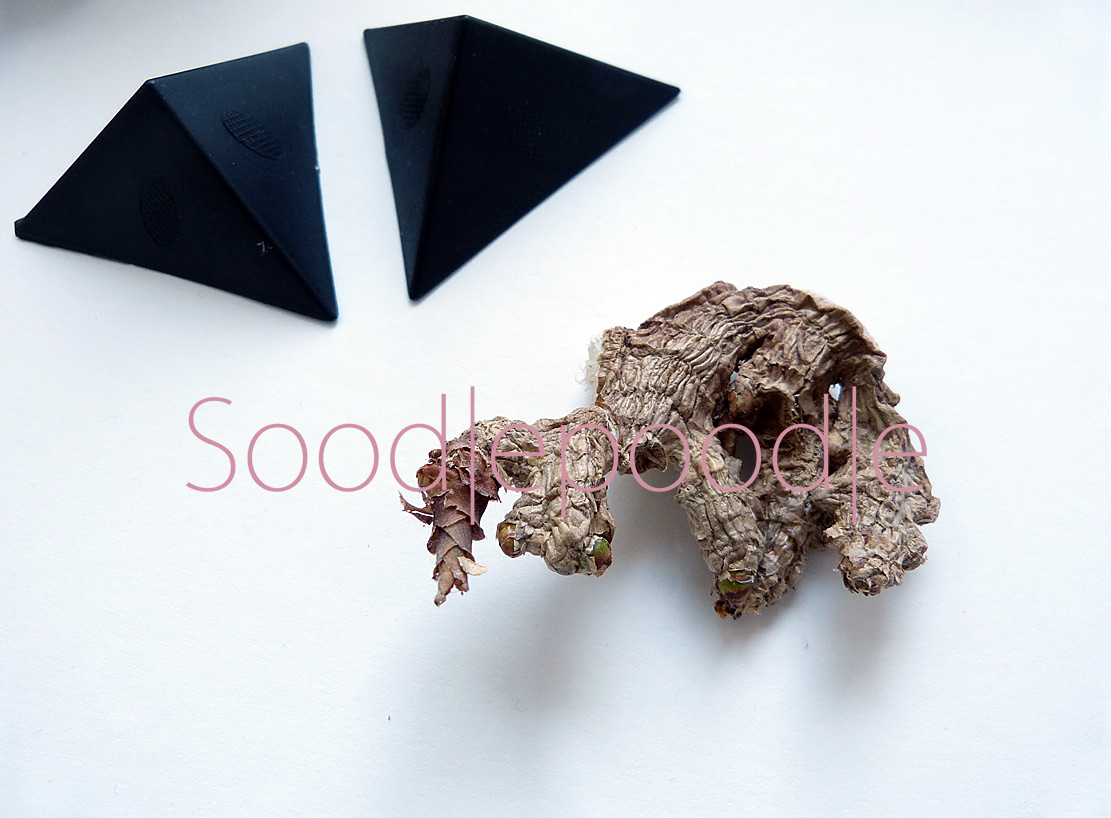 with FORWARD/REWIND Buttons in 3D. Hihi

good-humored music while having selfmade lessons in geography/biology:

Beasts Of Paradise: “Gathered On The Edge”, Intuition , 1996

PS.: the Brontosaurus at 99.99 € kilo price was a gag of the scale setters. The very amusing research afterwards revealed that. “There are also still parts of space stations!”.

PPS: dinos still are notoriously omnipresent, not only in German toy trade, my dearest parents of pre-school children 😉  From (surprisingly?) China heil the impressive models of PNSO. Maybe I should order one in real one day. When, I’d chose Audrey, the Lambeosaurus . Or A-Shu, the Qianzhousaurus.

PPPS.: the pictorial representation of extinct animals offers unquestionable artistic freedom. Dotted or striped, scaled or feathered, blueish or brownish, or transitions in between, who will ever know. So far, I’ve liked PaleoGuy on Deviantart (Happy Dinovember!) and James Kuether‘s “scientific artwork” the best. Great cinema! The first thing that caught my eye was his “Quetzalcoatlus Custom image for AZMNH“. Having it as wallpaper!